That pose had become our Michael's trademark, and every time he received a few coins from some kindhearted passersby, he would thank them thus: he would let out a squeaky , "Oww!" and pose on his toes, his ragged hat in his hand and a mischievous glint in his eyes. The entire act would leave his audience first stunned and then guffawing, leaving Michael  with a complacent look in his happy, brown eyes, and his chest all puffed up with pride!

But, that was then - almost twenty years ago. Now, Michael was older, mellower and in a condition worst than he ever had been in. Of course, how worse can a beggar's life get with time?! But, he definitely was in a bad shape. A bad road accident had left him limping and unable to roam the streets, which left him feeling miserable. Sigh. What could he possibly do? All he did, was sit on the footpath by the traffic signal, and beg for alms from the hurrying passersby.

Even then, despite being ravaged by life's tribulations and losing the charisma he owned back then, he hadn't completely lost his spark. He still tried his best at mimicking his idol. He still managed to lay his hands on the discards he found in the overflowing bins (most of which he managed to gather from the rich neighbourhoods) and he still had that glint in the eyes that smiled when he got the attention he craved for.

He would leave home everyday, dressed in his finest designer discards, drag himself to his favourite spot on his favourite footpath and cajole the public to drop a coin or two in his bowl. And, the moment some one did pay heed and give in to his sweet talk, he would hold onto the nearby pole, haul himself up on his good leg and manage to stand painstakingly on his toes. Then, holding his hat in his hand, he would smile his mischievous smile and give out a squeaky, "Owww!", a la MJ, and receive the heartening applause that he had survived on for all these years.


The above fictional piece has been written for Wordy Wednesday. 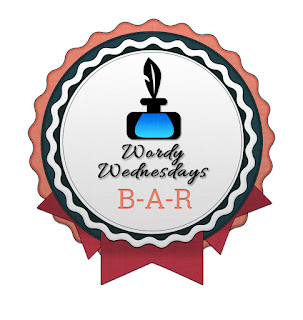