War and Pieces. (Day 4 at the BarAThon).

The decapitated body of a soldier lay in a ditch in the clearing where the combat had taken place.  Some distance away lay his comrade in a pool of blood, wincing, counting the last seconds of his life, calling out to his wife and his little son.

Their camp had been attacked in the wee hours of the morning. It had been a surprise attack, but the soldiers had fought valiantly, till their last breath. The rest of the unit had left in pursuit of their adversaries, to finish what they had begun.

Far away in his village lay his wife on her bed, tossing and turning.  Sleep had eluded her all through the night. It was only at the break of dawn that she had dozed off. And, no sooner had she dozed off than she had had the dream that had woken her with a start. Her heart thudded wildly as she looked around her.

Her mind in turmoil for what she had dreamt of, her tears came cascading down her cheeks. Had he been wounded, or was he...?  She shuddered with terror as she gathered her sleeping baby.  Cradling him in her arms, she rushed outdoors. Finding her mother-in-law in the courtyard with her prayer beads, she went and sat by her side, muffling her sobs, stifling her cries.

"I am scared, Ma! I am very very scared!" she broke down, finally, as she recalled the horrid dream, and let out a gut-wrenching wail.

Today's prompt at BarAThon is War and Pieces, and the corresponding sin, Wrath.

Isn't it sad, that the feelings we harbour about our "neighbours" lead to the war that has really not helped either of us in any way, in all these years? Sigh. The futility of all the blood shed! Do give peace a chance. 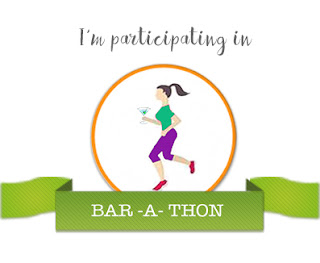