"Mamma, who put all this water here?" little Rimi asked her mother as she trailed her, her tiny feet  straining to step into the  footprints left behind by her mother.
"God put it there," Lata answered, mechanically. Lost in her thoughts, Lata was oblivious to her daughter following her, oblivious of the rest of her family left far behind on the beach, oblivious of the approaching waves that were now getting bigger with every passing minute.

How much life had changed in the last few years! Rimi's birth was to bring happiness into their lives, bring Lata and Ravi closer to each other; on the contrary, the chasm between them had only widened: Ravi's affair, her in-laws being cross with her for giving them a granddaughter, instead of a grandson, her own depression threatening to get out of control.

Each day seemed to bring with it a fresh set of problems for Lata. And, she couldn't even find a way out of it. Try as she might, she just couldn't sort things out. Was this the life she had dreamt of? How much she had craved for a child, for love to blossom again in their little garden, for a beautiful family, which she had always wanted as a child herself. And, now, when she had a child, and a family, there seemed something that was very much missing. The warmth, the understanding, the love that held a family together was missing.

Did she want to carry on with it all? she wondered. As she looked up, she felt the waves calling out to her, opening up their arms to take her into their embrace, plucking her from the joke that her life had turned into. And, Rimi would go with her, too. After all, she, too, was an 'unwanted' in her family.

Each step she took, she felt her heartbeat quicken. Was she doing the right thing? What else was she to do? she reasoned with herself. Someday her marriage would come to an end; where would that  leave her and her daughter? She looked over her shoulder and saw Rimi, following her blindly - Rimi, the wee mouse, following Lata, the Pied Piper. Far into the distance, she saw her family, oblivious to the two lone figures, nearing the end of their journey. It was the best decision she had taken in her life.

She reached out for Rimi's  hand, held it tight, and gave in to the waves, which took them in their embrace, washing away their footprints, and wiping away their existence from a life that had so lost its meaning for the two poor souls.

This week's prompt suggested by me. 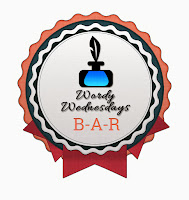